After the entry into force of the NIS Directive, the European institutions have continued their legislative efforts on the security of networks and information systems through the European Commission’s priority to present to the European legislators a comprehensive package of measures to strengthen cyber security in the European Union. One of the most important measures consists of a proposal for a Regulation which aims to create a European framework for the certification of cyber security of ICT products and digital services, as well as to strengthen the role of the European Agency for Network and Information Security (“ENISA”): the so-called Cybersecurity Act.

The Cybersecurity Act, which came into force in June 2019, can be divided into two parts: in the first part, the role and mandate of ENISA are specified, whilst, in the second part, a European system of certification of the cybersecurity of devices connected to the Internet and other digital products and services is introduced11. Since this is a regulation, once adopted and entered into force, the Cybersecurity Act will be immediately applicable in all Member States, as was the case for the GDPR.

A strong role for ENISA

Specifically, a first key point of the Cybersecurity Act concerns the strengthening of the role and mandate of ENISA, because currently ENISA has a temporary and limited mandate that will expire in 2020. Until today, the role of ENISA has been mainly to assist in technical terms both Member States and the European institutions in the development of policies on the security of networks and information systems; therefore, strengthening their capacity to prevent, detect and react to cyber accidents. With the new mandate that will be introduced by the Cybersecurity Act, the operational management of cyber incidents will be an exclusive competence of the Member States. The Cybersecurity Act intends to reinforce the role of ENISA by guaranteeing it a permanent mandate and allowing it to carry out not only technical consultancy activities, as it has been up to now, but also perform tasks that are partly operational. In this way ENISA will be able to provide concrete support to Member States, European institutions and businesses in key sectors, including the implementation of the NIS Directive. ENISA will also have a leading role in the management and support of the certification system introduced by the Cybersecurity Act.

The Commission’s second draft, after having consulted several Committees (such as the Internal Market and Consumer Protection, Budgets and Civil liberties committees, and the Industry committee) enhances the initial mandate that the first draft created – by making some cybersecurity framework schemes for ICT products, services and processes mandatory.12 Additionally, the second draft requests that the certification schemes not only include ICT products and services but also processes, which covers a wider scope of application.

The Tech.eu Summit gathered over a thousand tech enthousiasts to Brussels, Belgium, on 17 May 2022. GEIGER was present at the expo hall, introducing the solution to the visitors at its booth, and giving them a sneak peak to the alpha version of the GEIGER app. 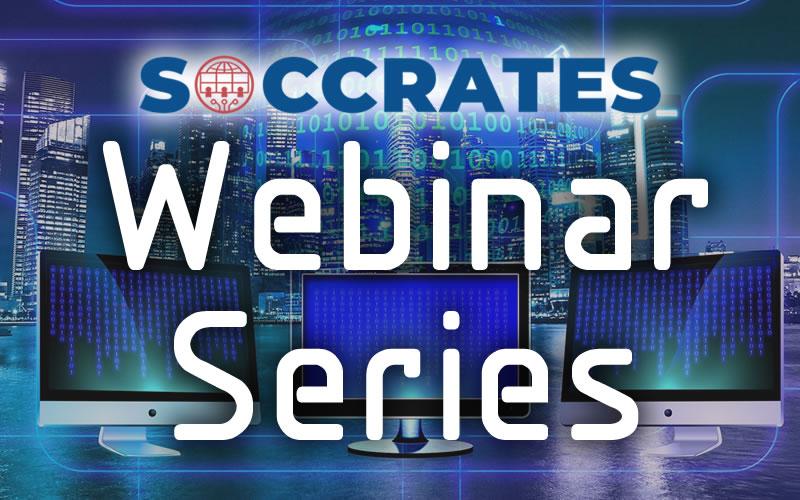 We have achieved many exciting and interesting results during the SOCCRATES project, highlighted in many dissemination activities. At this point in time, however, the project will soon be finalized. That is why in this final SOCCRATES webinar, we want to focus on how we have exploited or plan to exploit these results, to ensure a continuous impact also after the project has ended. As a starting point, we will provide a short demonstration of the SOCCRATES pilot platform, following one of the SOCCRATES use cases.