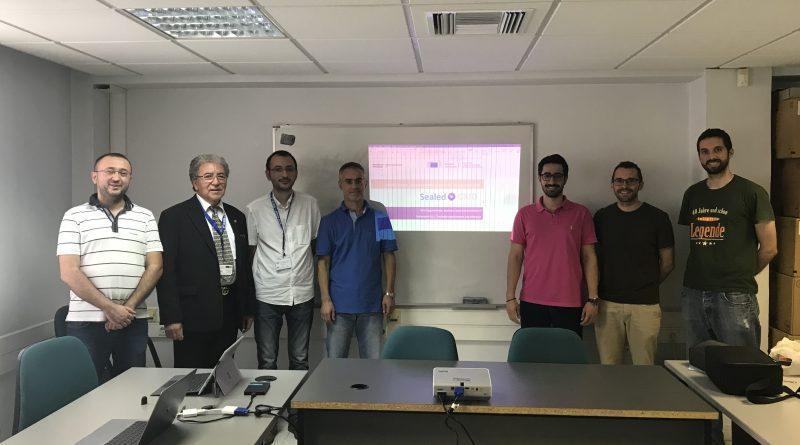 George Suciu and Alexandru Vulpe from BEIA visited Athens as part of SealedGRID project on July 6, 2018. Also they met with Prof. Christos Xenakis from University of Piraeus, Aristeidis Farao and Vaios Bolgouras from Neurosoft and Ruben Rios from University of Málaga. In the meeting there were representatives from all consortium’s members. The participants had a fruitful discussion that led to new objectives for the upcoming months and new ideas regarding the implementation of SealedGRID.